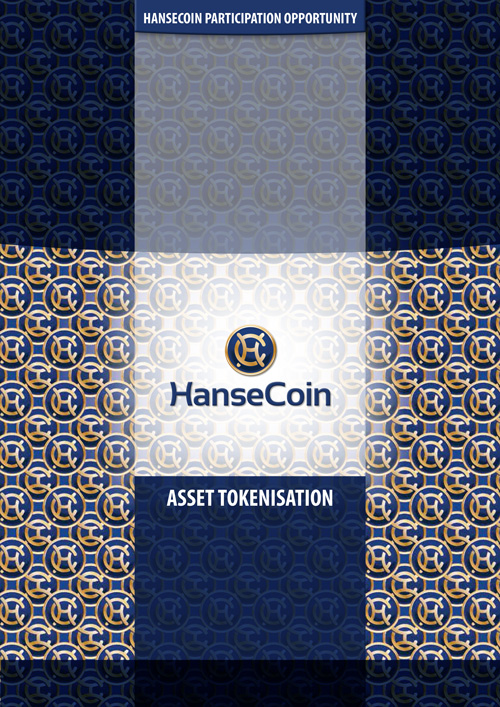 HanseCoin is a Token with a game-changing difference: it is a real use case for Blockchain Tokenisation as it presents one of the world’s first Asset-Backed Tokens. By using part of a residential real-estate development in Tallinn, Estonia as the first of many underlying assets, it provides genuine security and blockchain access to the fruits of an asset, capital gain, and yield potential, to its token holders. This innovation has many advantages and may be the foundation for a new era of tokenising traditional assets.

For this innovative approach, with the asset being the underlying new representation of its value, I investigated designing a symbol based on the typography of classic international currency signs such as $ ¢ ₤ ¥ ₡ ₣ ₫ ₽ € which are based on overprinting typewriter characters. Also, I sought a symbol which would not only fit into but lead in the emerging genre of cryptoassets, cryptocurrency, and token marks. As a starting point, the symbol would be circular and combine the letter HC as a monogram symbol.

A design solution was found where H and C are intertwined like links of a chain, suggesting the interlocking labyrinth nature of blockchain. A further reference to the typewriter overprinting method is that the letter H in HanseCoin is in fact made up of the characters )-(.
“Hanse” is a good name choice for this Token – it makes references to the Hanseatic League which was a massive medieval network for barrier-free international trading and financial transaction around the Baltic Sea.